So it’s taken a little longer than expected and a bit shorter than planned but Tomahawk’s Doctor Who fan film ” WHOISH! Part two ” is finally released. 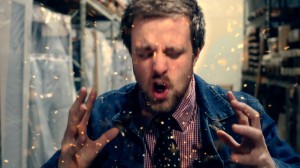 The film follows Travis first seen in WHOish Part One as he is on the run from a spooky guy in a rather snazzy suit.

Tom didn’t want to focus on ‘The Doctor’ as it had been done so instead we have The Traveller or Travis for short who is on the run from the Time Lords for reasons that may never become clear seeing as the film ends with a statement that there will never be a part three.

Perhaps if enough people convince him otherwise Tom will change his mind?