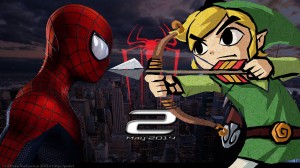 The zelda netflix series and Marvel getting the rights to use Spiderman in their films is the topic of this weeks episode.

This week we have two topics because we couldn’t decide which to focus on. Martin, Tom and Owen sit down to discuss what they hope will come from a live action Legend of Zelda series on netflix, who would be the dreamcast? How would the plot work? and what would they do for the season 2 finale?

Marvel have also managed to get the rights to Spiderman from Sony for use in their Cinematic Universe, what will this mean Sony’s standalone franchise as well as Captain America 3?